Despite the challenges that wildlife go through, governments and non-governmental organization have come along to ensure their safety and existence. Wildlife conservation has become the essential practice in protecting both plants and animals. This ensures nature will be present for the future generations to have fun and enjoy the fruits of their ancestors. Dedications to wildlife conservations have helped implement policies that are designed to protect wildlife.

A substantial amount of funding that comes from the government and humanitarian groups through the sale of game tags, Stamps, etc. This amount finally collected helps to carry out its activities.

Wildlife thrives in given conditions: 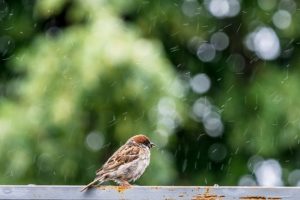 Climate change could be disastrous to them causing losses of the species. Most of the affected species include the hibernating mammals, reptiles, and amphibians. One of the characteristics of the wildlife are their sensitivity to the change in the environment and their immediate surroundings, they are highly sensitive to change in moisture, and thus any alteration of the moisture would be detrimental to their survival.

Poaching has also threatened to exterminate the wildlife species on earth, and this is because most of them are unregulated and target most of the species whose numbers have significantly reduced. It would be necessary for the federal government with agencies to be on high alert so as reduce the chances of poaching not only in the United States but also globally. The United States government work conjunction with the United Nations and other global agencies to ensure the safety and preservation of the wildlife. This is done through various programs that are aimed at increasing the number of wildlife such as conservation of their different habitats, placing strict regulations on poaching and lobbying or preservation of wildlife in the various parts of the world. Deforestation is another form of destruction of the wildlife; it has detrimental on the ecosystem not only to the wildlife but also to the human beings. Deforestation increases the desert coverage. 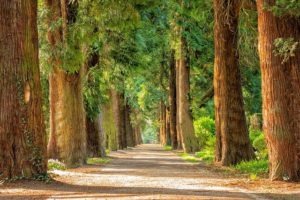 Trees are useful to the existence of people, they serve an important purpose In the purification of the air, trees are medicinal; some of the best therapies for diseases come from the various trees. The medicine that comes from trees is holistic because their use has no side effects. Most of the forest in the worlds are homes to the breathtaking scenes and thrilling wild animals therein. The Amazon forest is a home to most of the giant snakes and constrictor. These are amazing species of snakes that grow even up to thirty feet; they live in the terrestrial habitats and woodlands. Destruction of the habitats could have severe effects on the survival of such species. The marine wildlife such as the coral and the different fish offers exemplary sight to perceive, pollution of the sea has detrimental impacts on the well-being of such ecosystems. Due to the myriad advantages that accrue from the wildlife, it would be important to protect their ecosystem and wildlife in general.
New content – wirottrescue.org.txt